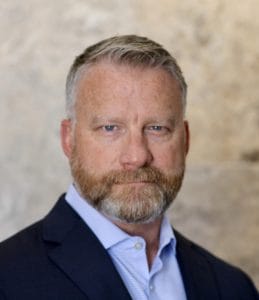 Currently the Senior Vice President of CRC’s Global Security Division (GSD), Mr. Tabb provides domestic and international security solutions for government and commercial clients. Mr. Tabb has extensive real-world experience managing risk and defending the U.S. and its allies from myriad threats, including both physical and cyber national security vectors. He continues this service through his leadership of the GSD.

Prior to his current role with CRC, Mr. Tabb served nearly twenty three years in the FBI, culminating as the Executive Assistant Director of the FBI’s National Security Branch where he led a global workforce over 8,000 personnel with an annual operating budget of $330M. Since joining the FBI in 1997, Mr. Tabb held a variety of positions, including service as an operator on the FBI’s elite counterterrorism unit, the Hostage Rescue Team (HRT), and leadership of several special purpose counterterrorism units. Other key assignments included leadership of the Joint Terrorism Task Force (JTTF) in Washington DC, Commander of the HRT, Deputy Assistant Director in charge of counterterrorism operations for the FBI, and Special Agent in Charge (SAC) for the FBI in Washington State. As the SAC, Mr. Tabb managed the investigation and apprehension of members of an international hacking group, as well as a sensitive counterintelligence operation involving the closure of the Russian consulate in Seattle.

As an operator with HRT, Mr. Tabb received the FBI Medal of Valor, as well as two FBI Stars for heroism and critical injuries received while operating in sensitive counterterrorism missions abroad. Other awards include the U.S. Attorney General’s Award for Exceptional Service for his leadership during a prominent global counterterrorism investigation, and the Exceptional Service Medal from the Director of National Intelligence for leadership in a sensitive counterterrorism matter. Mr. Tabb’s military service included over seven years an infantry officer in the U.S Marine Corps, including several command and staff billets and command during combat operations in the Middle East. 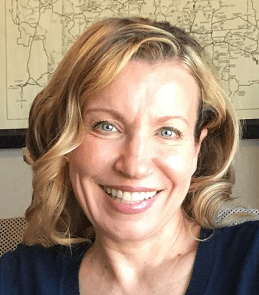 Ms. Amman also completed numerous long-term overseas deployments to further US and allied threat mitigation and anti-radicalization efforts.  She was nominated and a finalist for the Samuel J. Heyman Service to America Medal for her work on a significant crisis. Ms. Amman is now engaged in private practice threat assessment and management, focusing largely on workplace violence, stalking and threats, and domestic extremism.  As a recognized leader in the field, she serves as the national Certification Chair for the Association of Threat Assessment Professionals (ATAP). She conducts training around the world and has authored various publications on topics related to threats, targeted violence, and law. Ms. Amman has a Juris Doctorate, cum laude, from Drake University and practiced law prior to joining the FBI. 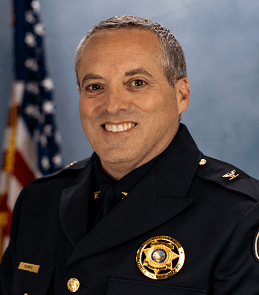 Fred Farris began his career in 1990 with the Kansas City, Mo Police Department and served several assignments including Metro Patrol Division, Street Narcotics Unit, North Patrol Division, and the Traffic Enforcement – Motorcycle   Unit.  In 1995 he moved to the Lenexa, KS Police Department and was promoted to sergeant in 2005.  During his time with Lenexa PD he worked Patrol, Traffic Enforcement Unit, Directed Patrol Unit and supervised the Directed Patrol Unit before building and supervising the agency’s first Training Unit.  He served as Investigations Division supervisor until his retirement in 2017.

In August of 2017, he was appointed as the Chief of Police for the City of Goddard, KS, a rapidly growing suburb of Wichita.  He served as the Training Committee Chair for the Kansas Association of Chiefs of Police and the Board of Directors for the Wichita Area Sexual Assault Center before his retirement in 2021.

Fred served 20 years with the Lenexa Tactical Unit, supervising the team for 10 years and has been the Board of Directors President for the Heartland Tactical Officers Association since 2008.  Chief Farris has served on several committees and work groups to include the PERF Taser Policy Guideline committee, the NTOA SWAT Standards committee and NIJ Technical Working Groups on Excited Delirium, SWAT Technology and Equipment, and Tactical Operations Mission Assessment.  He is a member of the International Law Enforcement Forum and has been a course developer and instructor for the National Tactical Officers Association and IACP.  He is currently a Subject Matter Expert for the Department of Justice Collaborative Reform Initiative – Technical Assistance Center (CRI-TAC), largely assisting agencies with policy, pattern, and practice development.

Fred was the author of the Law Enforcement Mutual Aid laws that were passed in Kansas and Missouri and was a member Law Enforcement and Training and Exercise subcommittees as well the Kansas City Fusion Center Advisory Board for the Mid America Regional Council.  He has a Bachelor of Science degree in Criminal Justice Administration from Park University and is a Certified Public Manager from the University of Kansas.