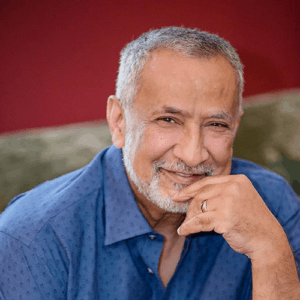 Mitch is an envisioneer with over 30 years of practical and hands-on Leadership Development experience in diverse industries including Academia, Military, Law Enforcement, Government, and Technology. As a globally recognized leader, he is the founder of the National Command & Staff College, Institute for Credible Leadership Development and the Criminal Justice Commission for Credible Leadership Development. He has trained at the Joint Special Operations Command “JSOC” and the US Army Special Operations Command “USASOC.” He was awarded the honorary member of the United States Army Special Operations Command in 1999, honorary Sheriff by the National Sheriffs’ Association in 2016 and honorary Police Commander by the Santa Fe ISD Police Department (2019). He was also the recipient of the “Spirit Award” from the National Tactical Officers’ Association.  This prestigious award is presented by NTOA to an individual whose work saves lives (2019). He served as a tenured Professor at NC State University for 16 years before taking an early retirement but continues to serve as an Adjunct professor without pay (by choice) at both NC State and Illinois State Universities. He is a member of the “Academy of Outstanding Teachers and Scholars” at NC State University and the Distinguished 2004 Alumni of the University of Oklahoma. Mitch is the developer of “MAGNUS OVEA,” a general theory of Officers’ Wellness, Resiliency and Leadership. He is a published scholar with over 890+ conference presentations worldwide to include presentations for Fortune 500 companies as well as top Public Safety organizations including FBI NAA, Hispanic American Police Command Officers Association (HAPCOA), HIDTA, National Tactical officers Association (NTOA), California Police Chiefs Associations, National Sheriffs Association (NSA), Women Leadership in law Enforcement (WLLE), California Chief of Police Association (CATO), and may other national and state associations. As well, he has provided educational programs for NYPD, LAPD, Ventura County Sheriff’s Office, San Bernardino County Sheriff’s Office, Ogden Police Department, NC State Patrol, Harris County Sheriff’s Office, Walnut Creek Police Department and 200+ other agencies nationwide. His most recent co-authored article was published in the Police Chief Magazine. Two of his coauthored articles have been published by the FBI Law Enforcement Bulletin ~ “Human Factors: Police Leaders Improving Safety While Developing Meaningful Public Trust” and “Unbundling Beliefs and Values.”  His select books include “Deliberate Leadership: Achieving Success Through Personal Styles,” “Handbook of Research on Effective Communication, Leadership, and Conflict Resolution”, and “Moral Compass for the Law Enforcement Professionals”. Dr. Javidi was the recipient of prestigious “Person of the Year” award by the National Society of Accountants ~ Senator William Victor “Bill” Roth, Jr. “Roth IRA” received the award in the following year.