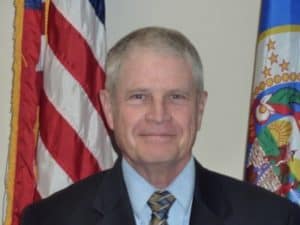 Jim Franklin has just retired from the Minnesota Sheriffs Association after serving 14 years as the associations Executive Director.  His career spans 50 years of public safety service specializing in law enforcement, fire and emergency service operations.  His law enforcement career started in 1967 with the City of Maple Plain and then Orono, Minnesota police departments.  In 1979 Jim asked to create a new entity called the West Hennepin Public Safety Department and managed contract services for five local fire departments.  He has also served as the Director of Public Safety for the City of Mankato where he directed the Police, Fire, Joint Services and Emergency Management functions for the City. Franklin was appointed as the MN State Director of Emergency Services during the administration of Governor Arnie Carlson.  During that time Franklin established the MN Community Right to Know Act; Emergency Response Commission; MN Incident Management System, MN Duty Officer System; development of the current Hazardous Materials Response Team program and recodification of the current Chapter 12 Emergency Management statutes in the State of MN.  Jim has accomplished both state and federal recognition as a certified peace officer, fire fighter and emergency manager. He is also a graduate of the FBI National Academy, the FBI Executive Development Program, the US Fire Academy, the National Emergency Management Institute, the National Inter-Agency Counter Drug Institute, the American Institute of Banking.  He also has served as the Executive Directors, President and Legislative Committee of the National Sheriffs Association.  He has also served 13 years as an elected school board member for the Orono School District.  Jim is a Wisconsin native, playing football at Lambeau Field in Green Bay back in the days of Vince Lombardi.  In his spare time, he enjoys raising horses, farming and fishing.