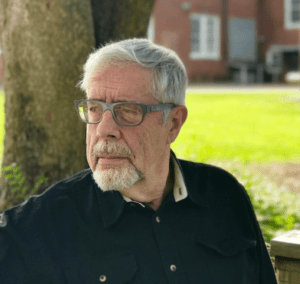 Michael Apter was born in 1939, and spent his early life in Bristol (UK), attending Clifton College before going on to Bristol University where he obtained a B.Sc in 1960, and a Ph.D in 1965.  He also spent a graduate year in Princeton and a graduate year in King’s College London while working on his doctorate.  He was on the faculty of Cardiff University from 1967 to 1988, being awarded a Readership in Psychology in 1984.  During the seventies, collaborating with the psychiatrist Kenneth Smith, he established the foundations of a new theory of personality, motivation and emotion that became known as “Reversal Theory.”   This has generated much research and been the subject of numerous books, papers, international conferences and dissertations. There is also an International Reversal Theory Society, and a Reversal Theory Journal (The Journal of Motivation, Emotion and Personality: Reversal Theory Studies).  In 1988 he emigrated to the United States where, in parallel with consultancy work, he has held visiting faculty positions at Purdue, Chicago, Northwestern, Yale and Georgetown.  He has also had visiting positions in Toulouse (France), Marseilles (France), Barcelona (Spain), Bergen (Norway), Louvain (Belgium) and elsewhere.  In 1998, with colleagues, he set up a management consultancy company based in the UK – Apter International – using reversal theory for such purposes as self-development, team-building, leadership, and social advocacy. Subsequently offices were set up in the U.S.A. and a sister company – Apter France – was established in Paris. He has written or edited 19 books, together with numerous research papers, conference presentations and book chapters. He has given invited talks in many countries. His books have been translated into ten languages.  Michael Apter is a Fellow of the British Psychological Society (since 1978) and a Fellow of the Netherlands Institute of Advanced Studies (since 1985).      He lives in Louisiana with his wife Mitzi Desselles who has an endowed chair in Psychology at Louisiana Tech University. They have three daughters and three grandsons. 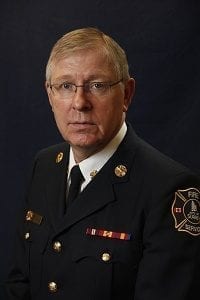 Len Garis is an Adjunct Professor in the School of Criminology and Criminal Justice & Associate to the Centre for Social Research at the University of the Fraser Valley, a member of the Affiliated Research Faculty at John Jay College of Criminal Justice in New York, and a faculty member of the Institute of Canadian Urban Research Studies at Simon Fraser University. Recently was appointed as an Associate Research Scientist Emeritus at the BC Injury Research and Prevention Unit. He has also been a member of the FIREfighting in Canada editorial advisory board.  As Fire Chief (Ret) for the City of Surrey, British Columbia, his focus was on addressing public safety challenges through evidence-based decision making and innovation.  Mr. Garis regularly initiates scientific research and data collection with the objective of developing alternative methods to address public safety challenges and improve service delivery.  He believes strongly that having a long-range vision, planning and innovation can reduce costs, improve efficiency and ultimately enhance services and public safety.  Several of these initiatives have garnered awards and recognition for the City of Surrey in the past decade, including the Union of B.C. Municipalities Community Excellence Awards (for four different programs), a Lieutenant Governor of British Columbia Award for Public Safety, recognition from the Ministry of Public Safety and Solicitor General and in 2013 a Community Health and Safety Award from the International City / County Management Association (ICMA) and in 2016 a Professional Development Award from the Canadian Association of Municipal Administrators (CAMA) and an Award for Collaborative Excellence from the Canadian Collaborating Centre Injury Prevention (CCCIP).  In 2013 Chief Garis was awarded the Queen Elizabeth II Diamond Jubilee Medal for his contributions to Canadians. 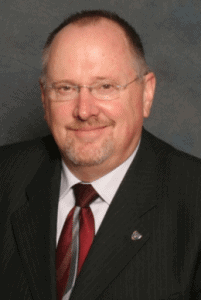 Kenneth Gisborne is a Trusted Advisor and Senior Consultant to other security businesses and to private industry, institution and government clients. This trust relationship with government includes current and past security clearances to work on sensitive project security issues. These services have been provided in sea and air port environments, as well as extensive facility and policing environments throughout Canada.  Ken has prominently worked in the background as a servant leader assisting institutions and organizations with security and policing program organizational issues. As an example, these services have been offered to communities and police departments conducting police service reviews towards the goals of better working relationships. In this line of interest, he has co-authored original and all subsequent versions of “Every Officer Is A Leader”. Ken has been a technical writer of numerous sensitive security and public safety reports and reviews. He holds a Masters Degree in Disaster and Emergency Management from Royal Roads University.  A strong proponent of mind-mapping spatial presentation and analysis, Ken has been tasked by numerous organizations in synthesizing complex issues into understandable program analyses, and conducting workshops within those organizations. This has taken form in projects such as assisting in the development of the provincial government security program for the 2010 Winter Olympics, conducting an enterprise-wide security risk assessment against terrorist threats for the regional transit system, and developing information security and port security assessments and plans for a regional Port Authority.  In recent years, Ken provided his services through 3Si Risk Strategies Inc. from 2004 to 2015; 10 of those years as President. In April 2015, Ken stepped down as President of 3Si to focus his work energy on key clients and projects, both for 3Si and for KDG Security Management Consulting Inc., a private corporation he has had since 1998. Ken has been providing overall security program and technical security consulting to private industry for 24 years. Before that, Ken was a technical investigator, security consultant and Unit Commander within the Royal Canadian Mounted Police as a veteran Staff Sergeant of the Technical Security Directorate. In total, he has been providing security and policing expertise for over 43 years. 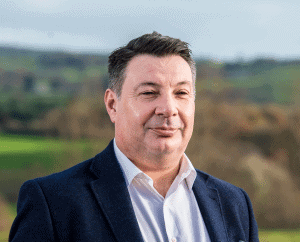 Dr. Ian Hesketh is an Organisational Psychologist. He is a 30yr veteran of the UK police service. Dr Hesketh is the Wellbeing Lead for the UK College of Policing and also supports the National Health and Wellbeing forum, established by Prof Sir Cary Cooper with Alliance Business School, University of Manchester in the UK.

He is an Honorary Researcher at Lancaster University Management School and a Visiting Fellow at the Open University Business School. He is also a visiting lecturer at several other Universities. He holds a PhD in Management and Social Psychology and an MBA from Lancaster University. He is a Chartered Manager (CMgr), and holds Qualified Teaching, Learning and Skills (QTLS) status with the Society for Education and Training.

His research interests are centered on Wellbeing and has written two books on the subject. Ian introduced and labelled the concept of Leaveism to explain human behaviours associated with workplace workload and stress. In 2011 his article on Transformational Leadership During Change was voted one of the Top 5 Management Articles by the Chartered Management Institute in the UK. He is the author of numerous academic and trade papers on workplace wellbeing, change and public value. His current work is centered on trauma exposure and roles within policing that involve increased psychological risks; and responses thereto.