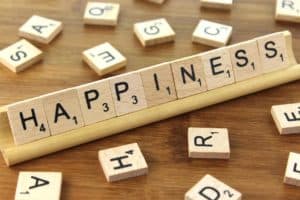 “Happiness is dependent on self-discipline.  We are our greatest obstacles to our own happiness.  It is much easier to do battle with society and with others than to fight our own nature.” Dennis Prager

I was once asked by a student what it was that had made me successful.  Was it tenacity, courage, integrity, or was it some special ability I had been born with?  I replied, “self-discipline.”  The student looked shocked for a moment, and then expounded how she felt self-discipline was the result of the other attributes.  I told her she had it backwards, that self-discipline was the predecessor of all others.

In his book, “Once a Warrior King,” David Donovan, a MAT leader in Vietnam, tells the story of leading the “Ruff Puffs,” an American term for local Vietnamese militia members of the Regional and Popular Forces, on an operation and taking fire from a tree line ahead of them.  He and the Ruff Puffs hunkered down along a canal berm and they were returning sporadic fire but not advancing.  1LT Donovan needed them to advance and engage the enemy, but he couldn’t get them to leave the comfort and protection of the earthen berm.  Yelling, threatening, cajoling, pleading, nothing seemed to work.  While lying there, he recalled a Ranger Instructor telling him sometimes you just have to have the self-discipline to “get up and lead.”  So, 1LT Donovan stood up, fired at the tree line, yelled for his unit follow him, and began advancing on the enemy. Within a few steps, some of the Vietnamese troops began to follow, then others did, until the whole unit advanced and cleared the enemy from the tree line.  1LT Donovan’s example was built on the foundation of self-discipline, doing what needed to be done, when it needed to be done.

Negative behaviors are based on a lack of self-discipline.  We know we should do something, or not do something, but we just can’t bring ourselves to accomplish it.  Whether it’s a school or work or personal development requirement, we just can’t bring ourselves to commit, to take the first step that forces us to move to completion.  A lack of self-discipline can be disruptive, even destructive.  People who lack self-discipline often fail to hold themselves accountable and readily shift the blame for their inabilities or failures to others, or to conditions they claim are outside their control.  While these others and conditions may play a role, the failure actually belongs to the undisciplined individual.

Interestingly, in their hearts, the undisciplined individual knows the truth.  A good friend, a very experienced mental health counselor, told me that if he can get his patients to exercise self-discipline, they solve their own problems and their therapy is often quite successful.  His struggling patients know what they need to do, but they just can’t find the means to do it.  Whether it’s to change some behaviors or a way of thinking, they just can’t seem to make the jump to being responsible and exercising self-discipline.

What are you not doing because you just can’t bring yourself to do it?  What is it you know you should be doing, but an inability to dig down and push yourself to accomplish the task is preventing positive personal growth?  Eating less, working out more effectively, changing behaviors, changing negative thinking, going back to school, finding a better job, dealing with a problem person in your life, what is it you know you need to do but just can’t bring yourself to begin?  You know it’s negatively affecting you, but you just feel powerless to effect change.

How do we learn to become self-disciplined?  It’s a simple process, involving taking baby steps until we reach our ability to stride.  First, take a small thing, like maybe getting out of bed at a specific earlier time, or reading for 5 minutes, or cutting calories by just 10%.  Stick with this one small thing until it becomes habitual.  Once it does, celebrate the win, treat yourself to a special reward.  Then take the next step, decide what’s next to occur.  Sustain the current win but work on the next.  Maybe it’s to schedule some workouts and stick to them, just 3 days per week for 15-minutes, or maybe it’s to spend less money on going out by staying in and using the time for a self-development activity.  Work on it until it becomes a habit, then sustain it, and steadily move on to the harder challenges.  Remember, celebrate each win.

Through this process, in a year from now you’ll look back and see tremendous change and personal growth.  It all begins with recognizing that self-discipline is the key attribute upon which all other attributes of success are built.  What are you waiting for?  Let’s move!