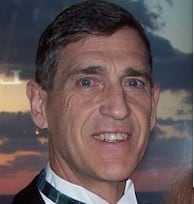 Dr. Turner retired as a Supervisory Special Agent (SSA) after serving 22 years with the FBI. Dr. Turner’s last assignment was as a Program Manager for the Leadership Development Institute of the FBI Academy, at Quantico, Virginia. He was an Adjunct Professor for the University of Virginia and instructed at the FBI National Academy and the University of Virginia – Northern Center. After retiring from the FBI Dr. Turner worked with Homeland Security at the Law Enforcement Leadership Institute located at FLETC were he provided instruction to supervisors from Federal Agencies as well as to the International Law Enforcement Academies. Dr. Turner served as Dean – School of Public Service and Administration for Anderson University, SC and served as an Adjunct Professor for Columbia Southern University. He is currently Provost for the National Command and Staff College and an Adjunct Professor for Liberty University.

Dr. Turner coordinated the development of the FBI’s Supervisors Desk Reference Guide and has facilitated numerous presentations regarding leadership, management and emotional intelligence topics. He has been responsible for the oversight of a variety of training and operational programs including crises coordinator, hostage negotiator and aviation coordinator. He was a presenter at the COPS leadership roundtable, FBI Health Care Fraud Manager’s Conference, International Conference on Emotional Intelligence and provided key note addresses at the International Association of Women Police 46th Annual Training Conference and the Police Commissioners Conference Australasia and South-West Pacific Region.

Prior to his assignment at FBI Headquarters, Dr. Turner was the original case agent for Major Case 98, the primary terrorism case in the United States at the time. Dr. Turner was the administrative case agent in the case known as the Ballad of Little River, the first use of the federal hate crime statue in the United States. Dr. Turner was operationally involved with the John Gotti and Robert Hanssen cases, Talladega Prison Riot, Los Angeles Riot, was a negotiator/pilot for the Waco Standoff and was an EAP counselor and Evidence Response Team member at the Pentagon for 9/11.

Dr. Turner is the CEO for Inspirational Leadership, a leadership and personal development company working with public sector agencies and private enterprises developing multidisciplinary projects and training. This work includes the U.S. State Departments Anti-Terrorism Training Programs conducting Criminal Justice training programs throughout the world. He has development Climate Survey’s for both the FBI and Independent Commission Against Corruption (ICAC), Hong Kong. Additionally, he has created ‘leadership development programs’ for numerous law enforcement agencies including ICAC and the Northern Territories of Australia.

Prior to entering the FBI, Dr. Turner served as a United States Army helicopter pilot in Vietnam, Naval Aviator and Commander of 1064th Maintenance Helicopter Detachment, Nebraska National Guard. He has also been trained as a Stephen Minister for his church and is a Guardian Ad Litem.