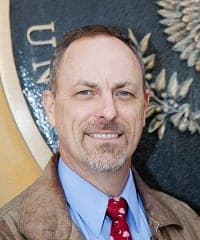 I started working as a police dispatcher for the Forest Acres (S.C.) Police Department in 1978 while I was still in high school. I actually went to school in the day and worked the evening shift on the radio at night (for about a week – then I graduated). That began a law enforcement career that has now spanned over 32 years! I worked narcotics as a Special Deputy and went on the road as an officer, and later road supervisor, for the Irmo (S.C.) Police Department. In 1983, I was appointed Police Chief when I was only 23 (don’t get too excited – Irmo was a teeny, tiny department – and we drove Volkswagen Rabbits for police cars)!

In the mid 1980’s, I worked on staff at the Institute of Police Technology and Management (I.P.T.M.) in Jacksonville, FL. Among other things, I was responsible for all micro-computer, tactical, training officer, and special investigations courses.

In 1987, I went to work as a Police Chief for the second time in Summerville, South Carolina where I served for about 7-1/2 years. We did some interesting things in the Community-Policing arena and even got some national notoriety for some of our intiatives.

After that, I had this crazy idea to run for Sheriff in Dorchester County. And to everyone’s surprise (including mine) I won! Three terms later, I had my time in (not to mention being fed up with cut-throat politics) and decided to retire so I could pursue other opportunities. I served for a year in Afghanistan as a Professional Mentor to the Afghan National Police. Now, I’m back in Afghanistan as a Police Advisor for the US Department of State working out of the Embassy in Kabul.

Over the years, I have provided consulting services and leadership training to law enforcement agencies all over the U.S. and internationally. In 1998, I founded the Police Dynamics Institute to provide character-based leadership training and technical services to law enforcement agencies around the world. To date, I have personally trained over 10,000 law enforcement officials and government leaders, nationally and internationally, in the character-based training program I developed called Police Dynamics.

I have traveled to Romania twice at the invitation of their National Police to train their Crime Prevention Unit and National Academy Instructors. In 2009, I was invited to Sierra Leone, Africa to train their National Police and Military leaders. In addition, I have trained Russian Police Commanders at the Moscow Police Command College (conducted in the U.S.) and over 30 international police delegations here in the states.

As much as it surprises me to learn, leaders from around the world are looking to the principles of Police Dynamics for answers to the difficult problems faced by law enforcement. Agencies throughout the U.S. and overseas have adopted the program and are reporting great success in fighting crime and improving officer performance.

Concern over the decline in American values led me to found the Palmetto Declaration Society (on July 4, 2001) and serve as its first President. The Society (although inactive at the moment) seeks to promote good government and honorable citizenship based on the vision of America’s founders (maybe I need to resurrect it in blog format when I get a chance…).

My permanent home is in Summerville, South Carolina where I live with my wife (bless her heart for putting up with me and all my adventures, as well as my mis-adventures) and my three college-age children (now you know why I’m in Afghanistan trying to make some money).

I had the privilege of being a founding elder of two different churches, Cornerstone Community Church in Jacksonville and Oakbrook Community Church in Summerville. I was real active with the Promise Keepers movement at one time serving as an Ambassador Trainer and Security Volunteer. I try to remain active in various church activities and was recently asked to stand in for the Chaplain at Camp Gibson while he was on leave.

It has been a dream of mine for the last few years to develop an on-line network to promote the character-based principles of Police Dynamics. I hope to expand it to include businesses and other entities in the near future. Please support the effort through your comments and by spreading the word…